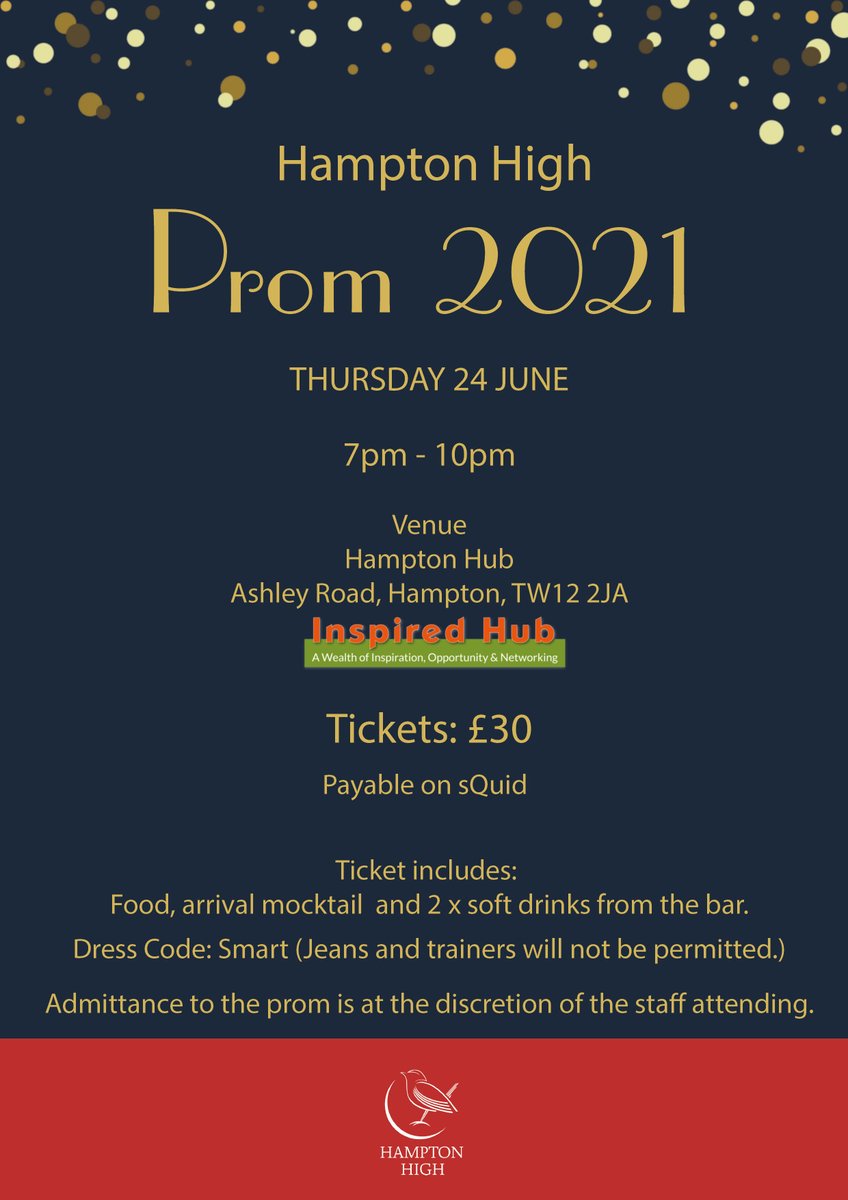 Tickets for our Year 11 Prom are now available to buy via sQuid. A big thank you to #HamptonInspiredHub for letting us use their venue. #hampton_high https://t.co/Y4JEfOCui6

Our new Gardening Club (HHGC) have now planted over 138 pots but have room for more! If you are able to donate seedlings or potatoes we would be very grateful. Bags of compost and a greenhouse would really put smiles on our faces! #hampton_high

It's been a challenging time for many families, especially during the pandemic. If you are a family with a child under the age of five and are finding things difficult then @homestartuk are here to help. #hampton_high https://t.co/t6ptBrTjoF

It’s Mental Health Awareness Week! Let’s do all we can to support the people around us and promote the amazing benefits that nature brings for our wellbeing. #MentalHealthAwarenessWeek @mentalhealth #hampton_high https://t.co/0D9H1IG4Ho

Did you know that Hampton High has a Junior Volunteer Police Cadet Unit based here at Hampton High? For all of you aged 13 and above, we also have two senior cadet units elsewhere in the Borough. Please see our website for further details. https://t.co/2cFIDp0SK4 @NationalVPC

Thank you to @LEHSchool for inviting our parents and staff to their Wellbeing Wednesday Lecture Series on 19 May. Please find details on how to register a place in our weekly newsletter which goes out on Friday. #hampton_high https://t.co/hmII7nPhKA

Thank you to @LEHSchool for inviting our parents, staff and older students to their Wellbeing Wednesday Lecture Series next week. Please find details how to register a place in our weekly newsletter. #hampton_high https://t.co/QIizszjM3v

@munirawilson Thank you for visiting our school. We were delighted to have you and we look forward to welcoming you again in the future. https://t.co/60vTP1oLnr

We look forward to welcoming her again in the future. Munira has been a strong advocate for schools and young people throughout the pandemic and has worked closely with us as a group of Richmond Headteachers for the last 13 months since the first lockdown started. 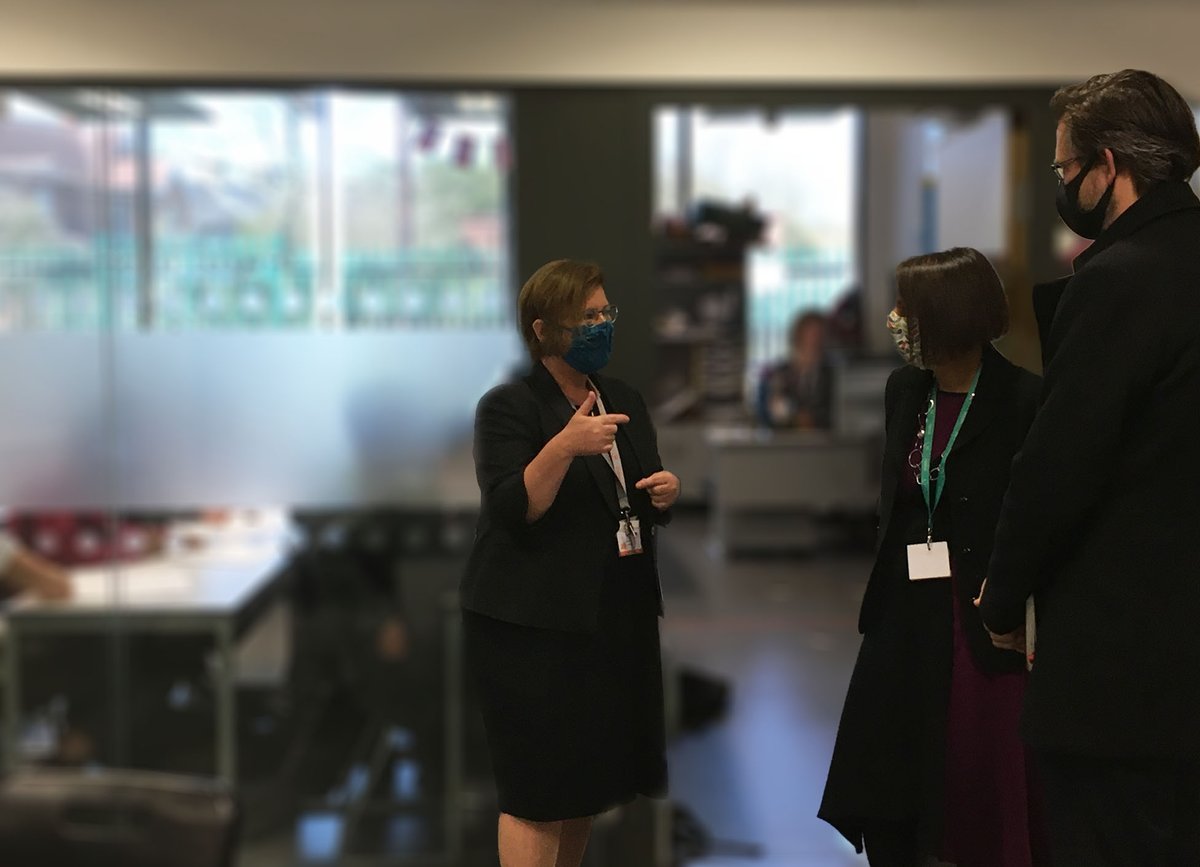 We were delighted to welcome @munirawilson MP to our school for a visit this morning. Munira looked around the school, visited some classes, attended our Year 10 assembly and also met for a discussion with some of our student council (observing covid restrictions). #hampton_high https://t.co/akaSvNM3qi

We look forward to welcoming her again in the future. Munira has been a strong advocate for schools and young people throughout the pandemic and has worked closely with us as a group of Richmond Headteachers for the last 13 months since the first lockdown started. #hampton_high

Please find our end of term newsletter on our website. https://t.co/TArEHFFa3w

This week’s opinion piece is a global piece:

By Lucy J, School Prefect
It may not seem relevant for me to be talking about Australia; however, it is more important than ever today for us to have a global mindset and keep up to date with worldwide issues, such as the Coronavirus, as it has left a detrimental impact on all of us across the whole wide world.
Australia has been affected by the pandemic very differently from the UK as a result of having different restrictions and policies in place. The Prime Minister of Australia, Scott Morrison, initially closed all Australian borders to non-residents on the 20th March 2020. This had a positive result as there was no constant stream of people travelling with the virus into the country. This, plus a nationwide lockdown, made the cases relatively low compared to the rest of the world, particularly at a first glance.
However, there has been a second wave of infections, which surged in Melbourne back in June, which resulted in a strict lockdown. Australia’s approach was often praised by the media as they acted quickly to tackle the infection. Yet it is important to remember, when comparing Australia to the UK, that the UK has nearly three times the population of Australia, so numerically our virus cases appear to be larger.
Australia has suffered turbulence this year, despite the pandemic, facing multiple protests throughout the year. One of the biggest protests, causing the greatest disruption, was the anti-lockdown protests. Some Australians were demanding that the lockdown restrictions were lifted, feeling their liberty and freedom have been taken away. In Melbourne, the Covid restrictions were extremely harsh, resulting in unrest amongst its people. Additionally, the Black Lives Matter Protests earlier in the year after the horrific killing of George Floyd in Minnesota in May were prominent in Australia.
Overall, Coronavirus has had a devastating impact on nearly every single person’s life from across the world. We are all interconnected. It is therefore always important to remain in touch with global current affairs and to remember we are all in this together.
Back to News ListPreviousNext