We are looking for some volunteers to help on Saturday 3 July from 8.30am and every Saturday until the end of term with digging and clearing the area. If you think you can help, please contact parentvolunteergroup@hamptonhigh.org.uk 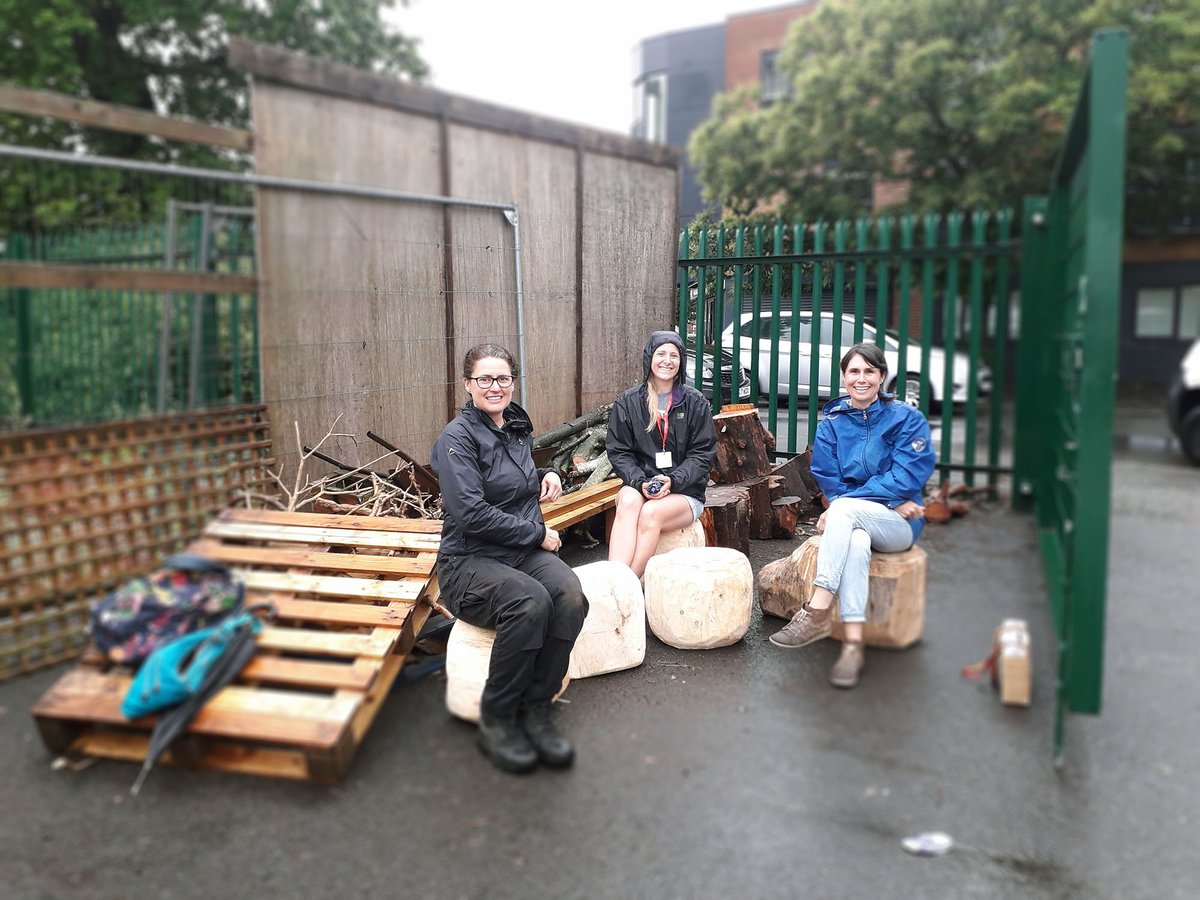 Wren Garden Update: Thank you to parent volunteers Leanne, Liz and Lucy who can be seen here with some of the items kindly donated to the school for the garden. https://t.co/QnaR2Ew7S2 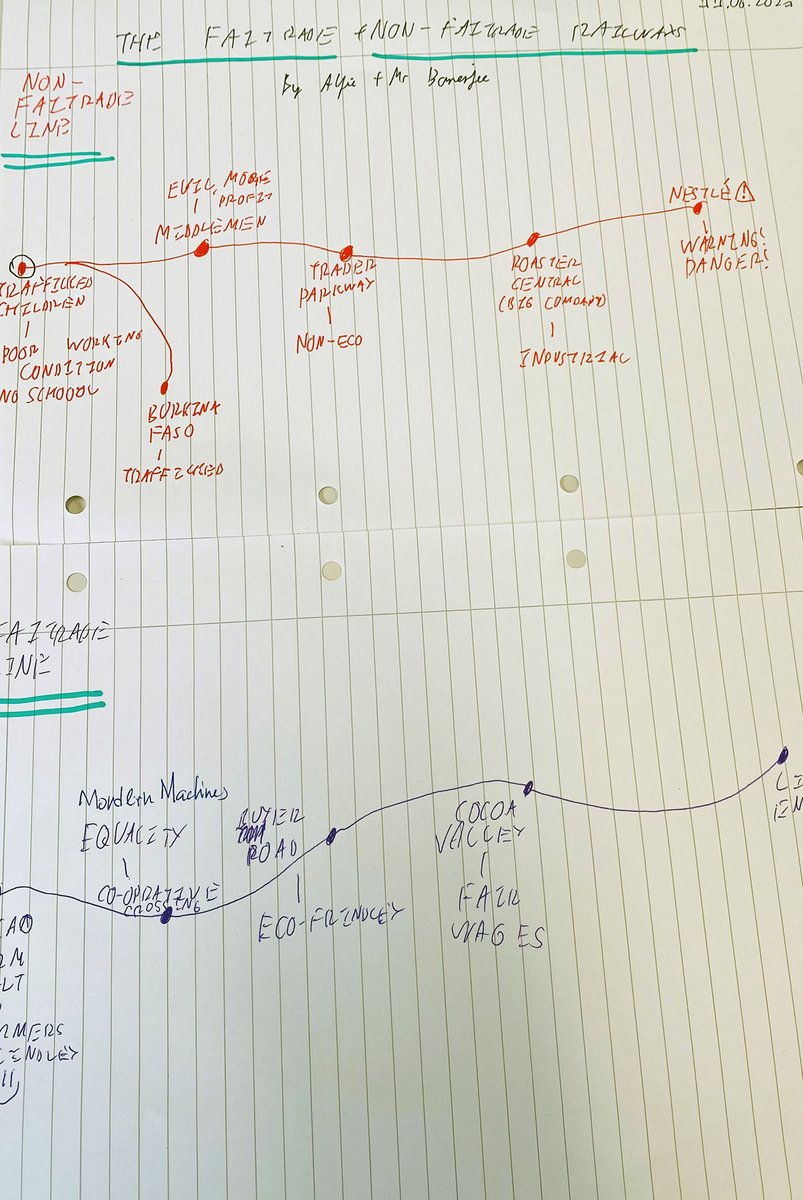 Well done to Alfie B in Year 7 for his impressive Geography work on Fair Trade which showed great understanding about the topic. Absolutely brilliant! https://t.co/WoTdUuYtbP

Thank you for all your donations of Top Trumps and colouring pencils for the Y7 students to use at lunchtime. We are now on the hunt for some simple games like Connect 4 or playing cards. If you are able to help, please drop off at reception. 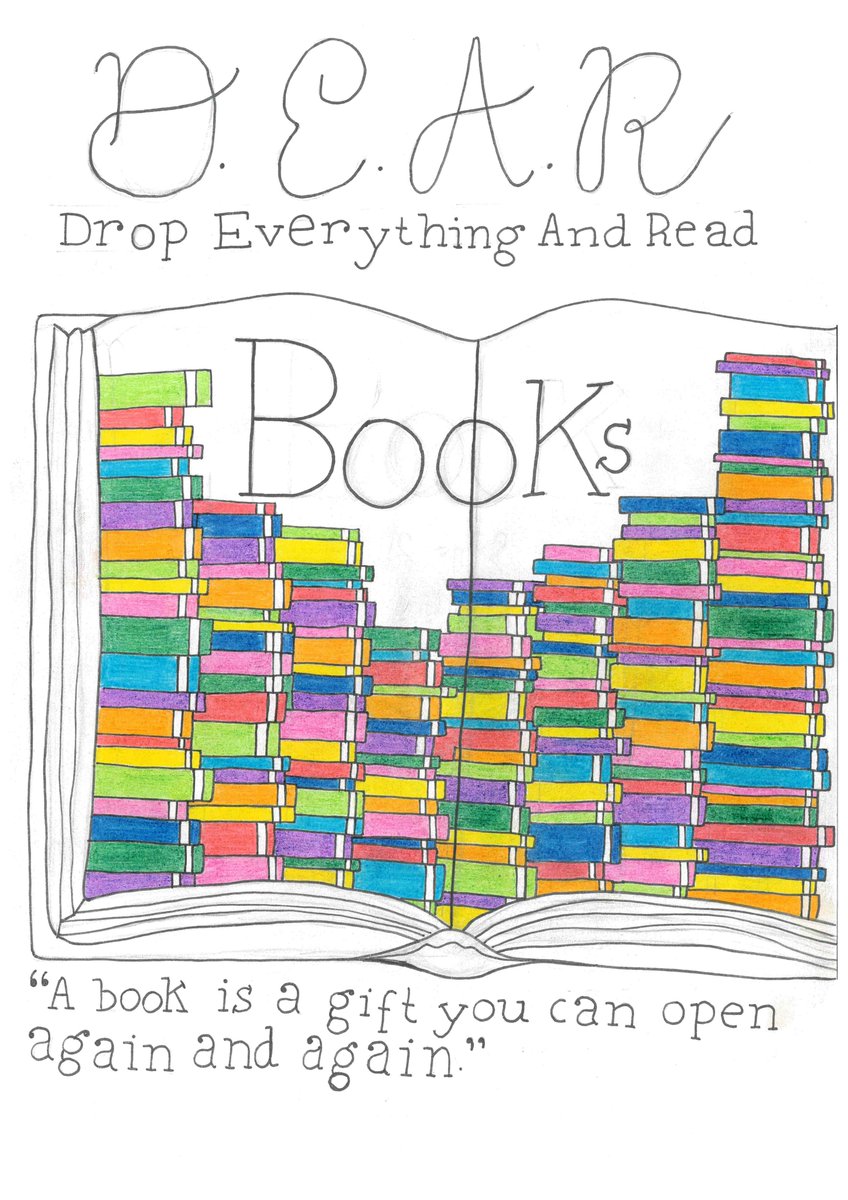 Drop Everything And Read - Find our how you can help support your child at home with reading. https://t.co/ofimierrnK https://t.co/4155Szabqw 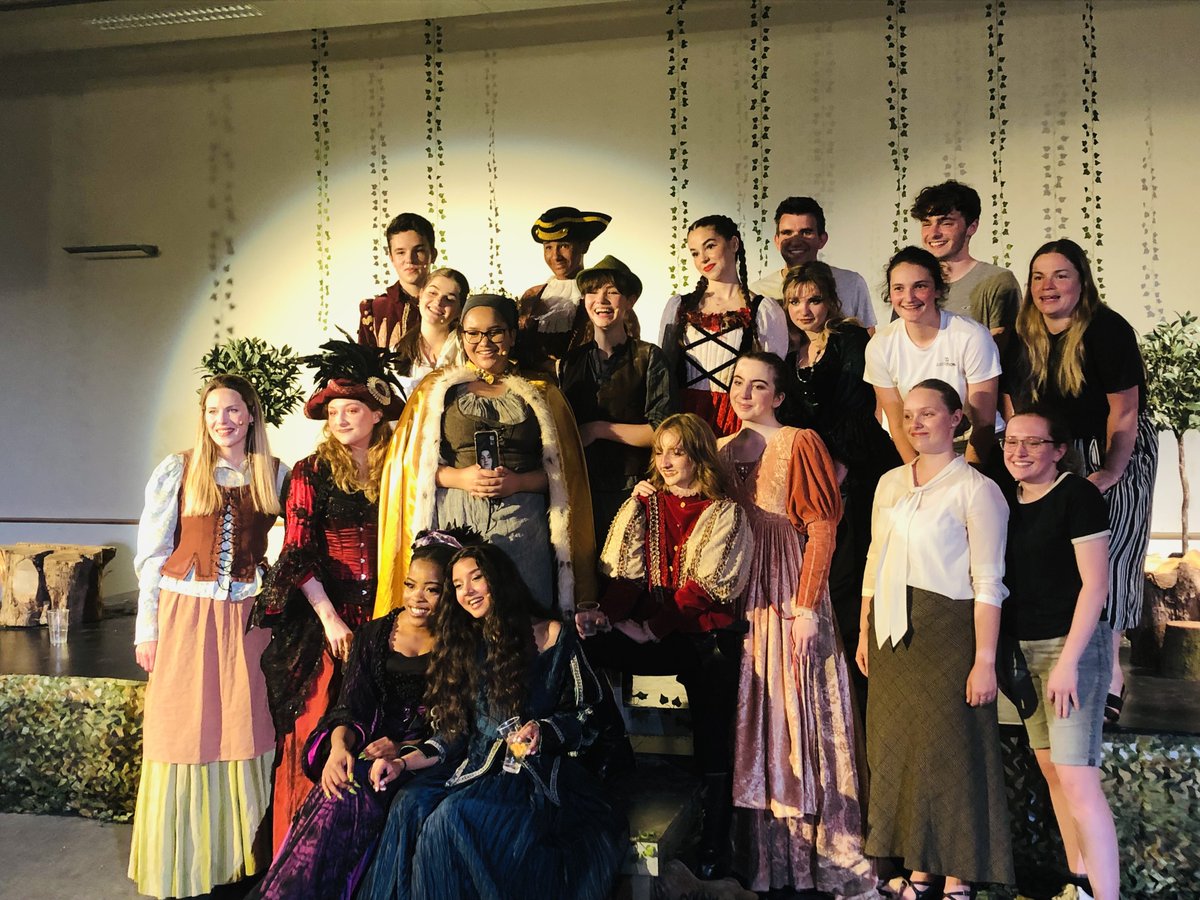 Well done to all the Yr 11 and 13 students who put on a spectacular show of 'Into the Woods' this week! Please see our website for more photos. https://t.co/XeQRFAAa3B https://t.co/jyOEeBXuYm

Are you using @easyuk? It’s helping us to raise funds for the school, whilst we can’t do our usual fundraising events. Each time you shop online you raise a FREE donation for Hampton High. It’s easy to register:  https://t.co/IPKIkd4vkH

Harjan B performing Chopin to his class https://t.co/PPPB4Yn4mY via @YouTube 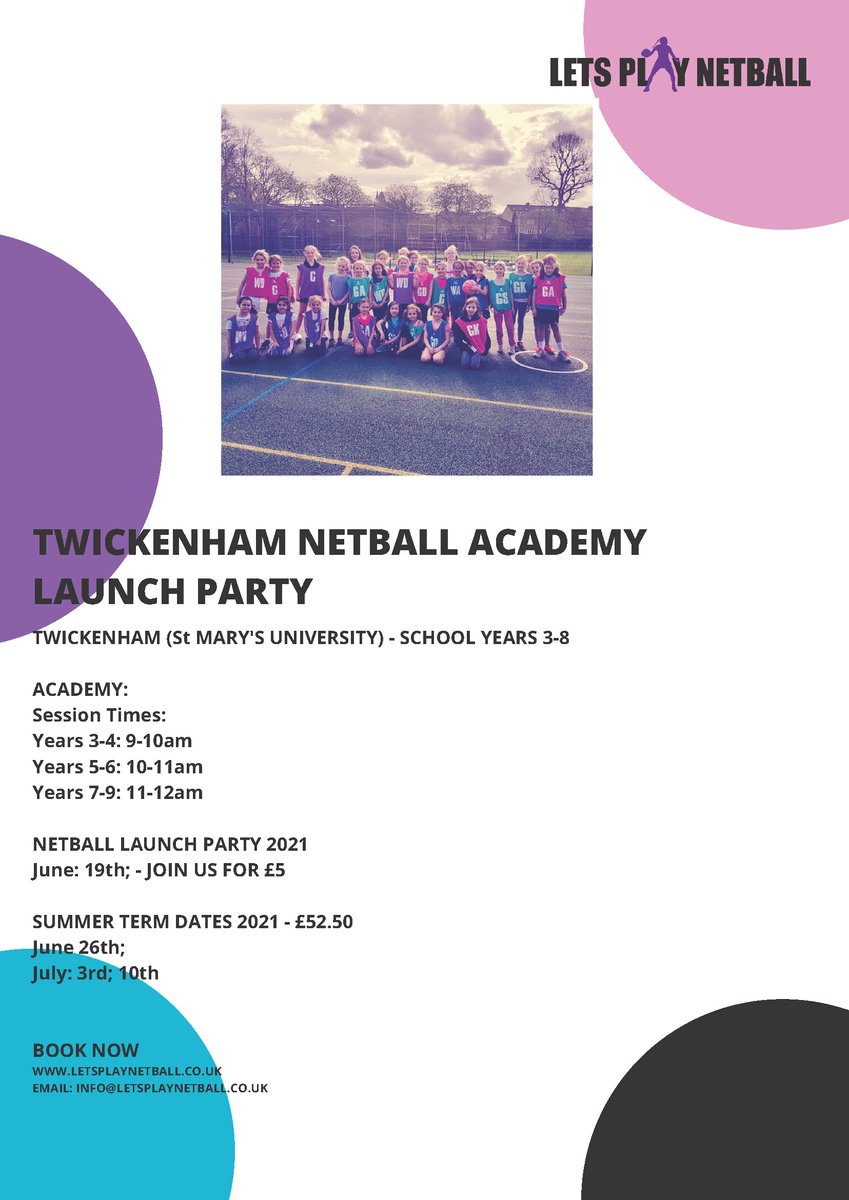 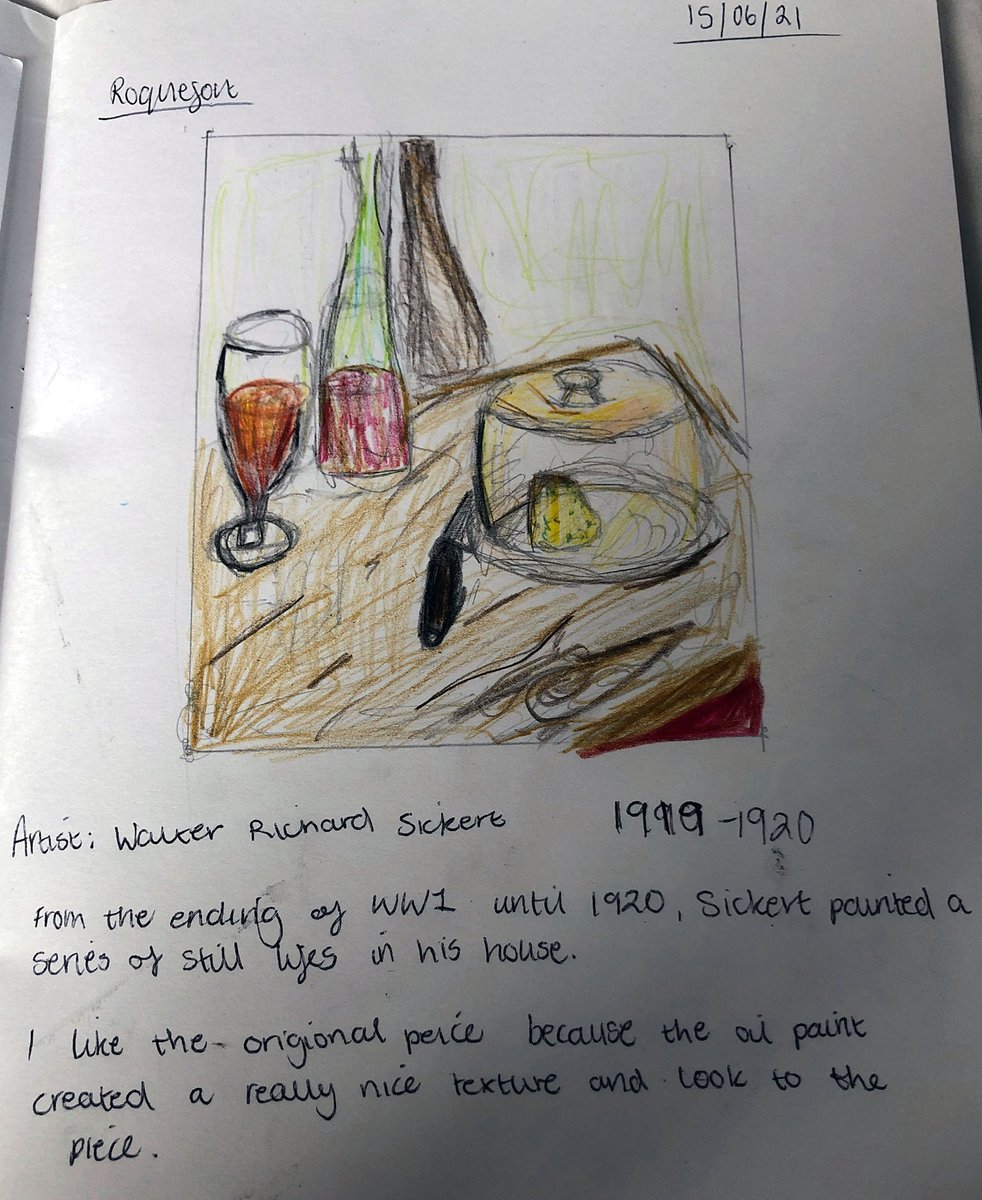 Year 8 have been working hard improving their still life drawing this week. Well done to Lynn I for her beautifully rendered fruit bowl still life and to Daisy K for her expressive and dynamic Walter Sickert transcription. hampton_high https://t.co/RuSAMVvNN5 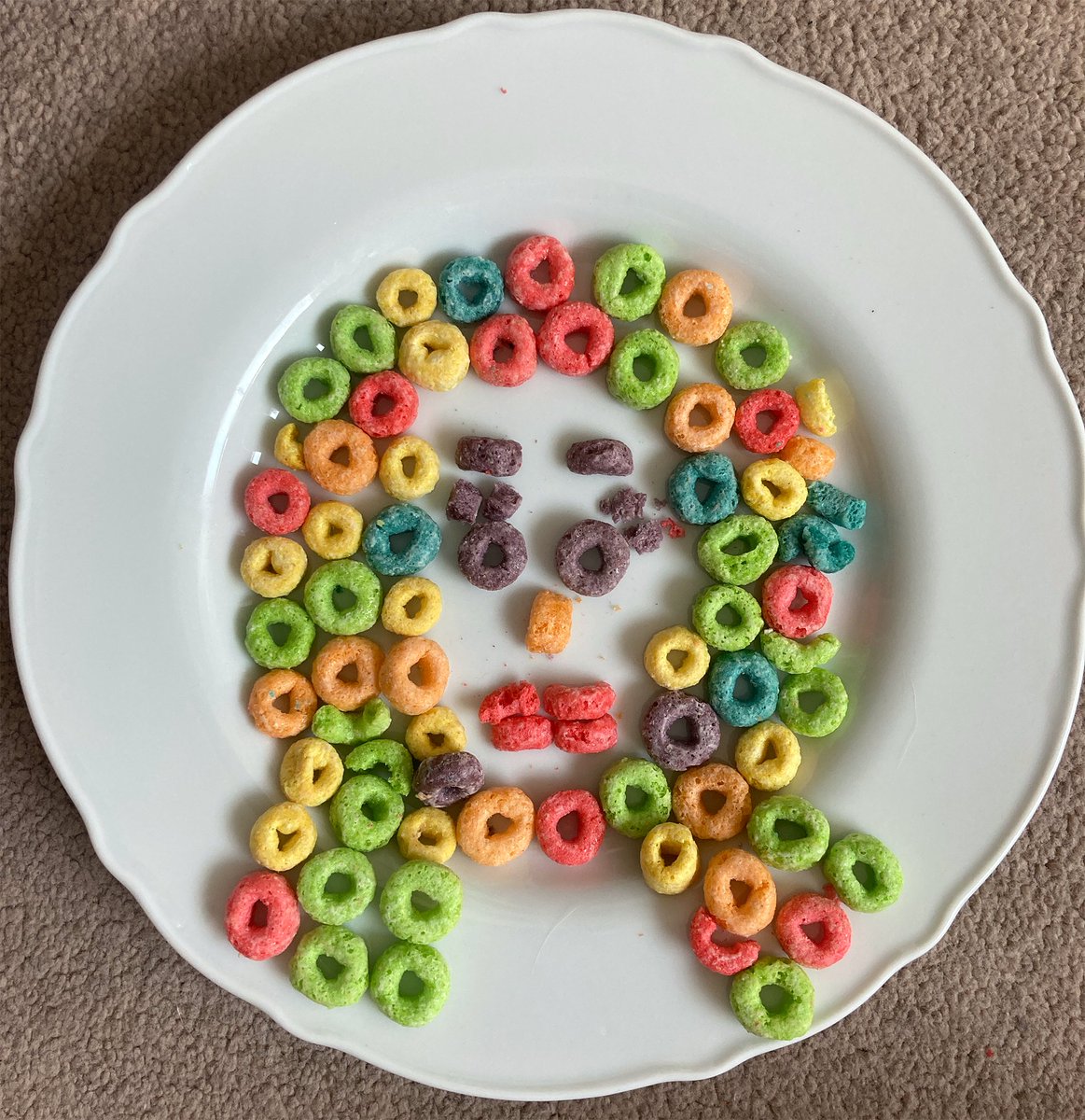 Message from Mrs Roberts: Well done to Y7 for creating some impressive, reconstructed shape portraits in class this week! A special well done to Daisy S, Holly C and Poppy B for their creative portraits pictured here and Mia C for her abstract bubble colour wheel! hampton_high https://t.co/W2zKGd98sY

A huge congratulations to Harjan B in Year 7 for passing his Grade 8 Piano Exam with Distinction! Please watch an extract from his exam recording here - I am sure that you will agree, it is such a pleasure to listen too. https://t.co/mdsxR5PJN1 via @YouTube

Our uniform supplier now have skorts in stock and are available to order from their website. Stevensons: https://t.co/BHO2QLAlMh

Please find our weekly newsletter on our website. https://t.co/TArEHFWKV4 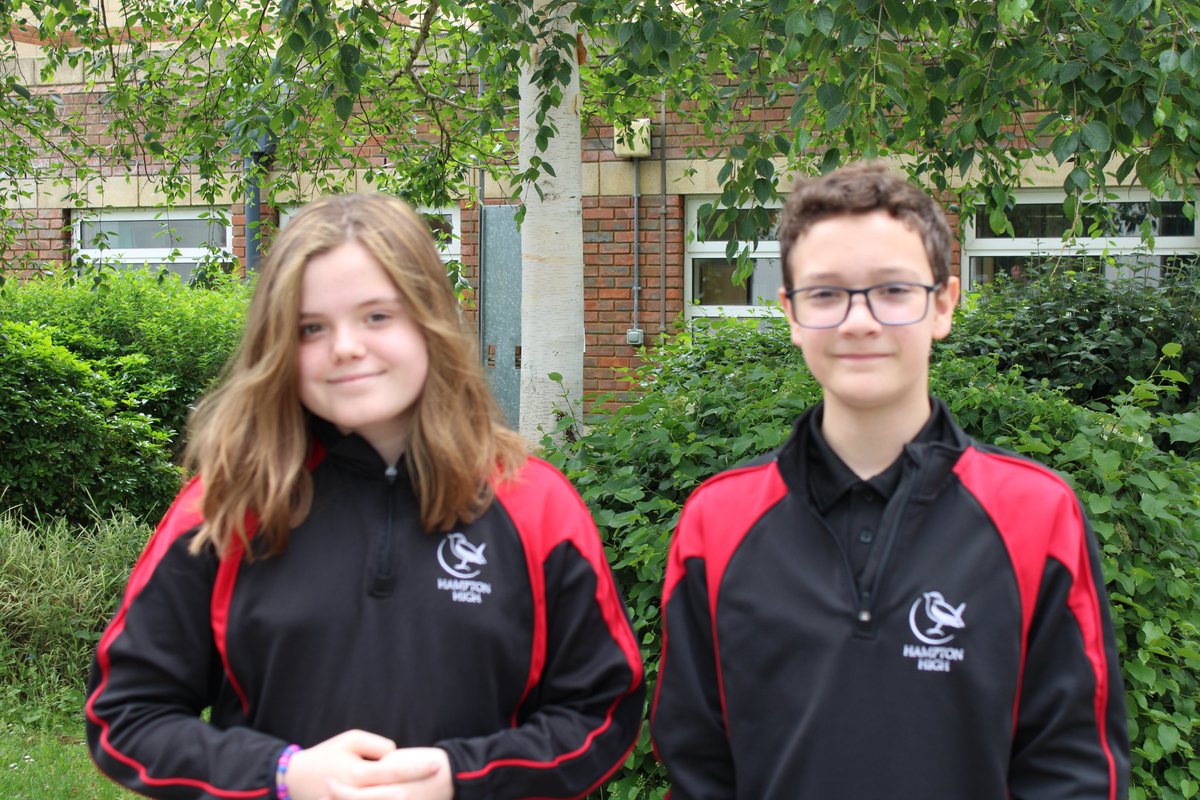 Message from Mrs Jones: A big well done to Holly C and Leo T in Year 7 who have both achieved Distinction in their recent LAMDA (London Academy of Music and Dramatic Art) exam. This is a massive achievement, and we are very proud of them! #hampton_high https://t.co/BDk8s1BRFU

Reflections from a TLA’s experience in lockdown

I had never lived through anything like it. No one from this or the previous generation in the Western World had. Within a matter of days, life as we knew it was ending abruptly..

The school year was ending in March, accompanied with the bittersweet emotions in which a school year always ends, and yet more bitter this time than sweet. The sweet being, of course, the end of having to wake up early each morning to attend school and following the rules for students and for GCSE students, a relief that exams are over and the excitement of summer holidays beginning.

The bitter being the end of an era and saying goodbye to friends and colleagues till the autumn or maybe for good. Thus, in March students and staff alike felt the bittersweet emotions of the end of another school year but were acutely aware of the premature nature of it all. The Year 11s were crying as they frantically said farewell and hugged each other goodbye, knowing that they would be missing the last few precious months of school with their friends. They would be missing their prom and even their GCSEs. Teachers who had planned until the end of July, were left to say goodbye to their students knowing that they would not cover
four months’ worth of material. Tutors realised that they would not see their students till the following September and would have to support them remotely. What would that do to their growth? The TLAs, who watched our EHCP students begin in September still touched with the innocence and sensitivity of primary school students blossom into secondary students, were sad that we would not continue to witness their transition or be there to guide them in their growth. The Year 7s were leaving as Year 7s but would be expected to return more mature as Year 8s. Had they grown up enough?

Moreover, we were all- staff and students alike- bombarded by even more challenges and emotions that normally accompany the end of each school year. Besides the concerns we had as teachers/teaching and learning support assistants for our students’ growth academically, physically and mentally, we were dealing with life in a global pandemic and what the media came to refer to as “the new normal.” We would have to balance working from home all the while taking care of children and elderly parents. This was unprecedented.

On the last day of school before lockdown, each year group had about forty-five minutes to collect their books for each class, empty their lockers and prepare to finish the school year virtually. The teachers organized the books and supervised the delegating of all the books to each student, while the TLAs escorted our students around school, assisting them and making certain they remained calm and reassured throughout the process. There would be those who would panic that there was not enough time, those who couldn’t find all their books, those who would be simply scared and have their hand sanitizer out using it as often as possible. The school had anticipated it all and were prepared for it, meeting the students’ needs. Rebecca Poole was concerned not just for the students’ academic wellbeing, but for their overall welfare, making certain that our students who normally received free school lunches would be given food vouchers. The SEN team also put together packets of used toys, games, books, and activities for families in need and we disinfected each and every object that went out to our school families.

I knew enough about history to know that this was a historical moment; one that those who survived would someday tell their children and grandchildren about. Thus, I took out my phone and took a few pictures. I
took a photo of Mrs Cousins and Ms Southgate handing out timetables to each student coming in that morning and directing them where to go. I also took photos of Mr Fleetham directing myself and two of my colleagues, Ms Khan and Ms Hammond, disinfecting and packing the entertainment packs for the families. I was compelled to take more pictures and I almost did but everyone was so busy that I felt bad asking them to pose. In hindsight, I should have just taken the photos of the staff in action. I regret this now because there should have been more photos taken, as there were so many people, from Rebecca Poole, our Headteacher, to Graham Owens, our maintenance supervisor, all running around making certain the day ran like clockwork.

Of course, this was only an end to the “normal” school year, as each working day, we have all been working in this new capacity. Our school did not actually close. It remained open for our EHCP students and for those whose parents are keyworkers. There were members of the SLT, teachers and TLAs on site every day. Anyone who could physically be on site, volunteered to do so. Those of us who couldn’t physically be there, have been working virtually from home - attending the virtual meetings on Teams, setting work and/or differentiating work for our students and checking their status on Show my Homework to make certain that no student has fallen through the cracks. Much to our surprise, most of our students have risen to the occasion and have been diligent about logging on and doing work.

I was proud to be a member of the Hampton High community before, but I am even more proud now, seeing how the school has supported its families and faculty and staff during this uncertain, scary, unprecedented and historical time. Now, as our school year is actually coming to a close, I hope that our community will be well, stay safe and return in September with even more encouragement and stamina to continue to provide quality learning and support to our students and to each other.